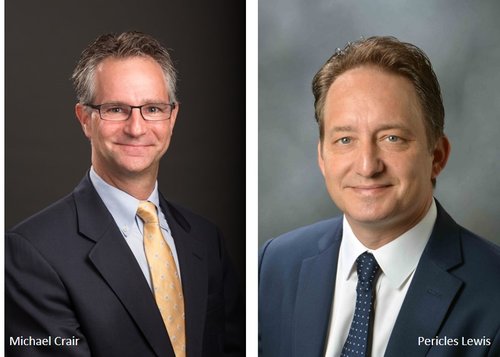 Monday, February 17, 2020
Dear Colleagues,
I write to announce the appointment of Michael Crair, PhD, as Yale’s next vice provost for research. Mike is a world-class scholar with more than a decade of campus service. As vice provost for research, he will help guide and support Yale’s overall science strategy and research enterprise. Mike will assume his new role effective April 1, 2020.
I also write to announce that Pericles Lewis will take responsibility for oversight of the Poorvu Center for Teaching and Learning. He will continue to serve as the vice president for global strategy. Given his new responsibilities, his vice provost title will change to vice provost for academic initiatives.
Mike Crair has a background in both the physical and biological sciences. He obtained his undergraduate and graduate degrees in physics from the University of California at Berkeley. His postdoctoral training was in physics and neuroscience, first at Kyoto University and Kyoto Prefectural Medical School in Japan, and then at the University of California, San Francisco.  As the William Ziegler III Professor at Yale, Mike has taught ‘Perspectives in Science and Engineering’ in the Yale College freshman seminar program and an advanced undergraduate course in developmental neuroscience.  In his research, Mike is recognized as an international leader in systems neuroscience. His work is notable for novel imaging and analysis techniques to examine neural circuit function and development in the mammalian brain.
Mike brings to his new position several years of experience in university leadership, including directing Yale’s Vision Core Program and the Graduate Program in Neurobiology. In 2017, he was named deputy dean for scientific affairs (basic science departments) of Yale University School of Medicine. In this role, he has overseen research planning, policies, and resources for these departments.  As vice provost for research, Mike will be a crucial partner in implementing Yale’s science priorities. I look forward to welcoming him to the office.
Pericles Lewis, the Douglas Tracy Smith Professor of Comparative Literature and professor of English, has guided the university’s international activities and coordinated various programs for the provost’s office since 2017.  This includes working closely with the MacMillan Center for International and Area Studies, the Jackson Institute for Global Affairs, and the Schwarzman Center.
Please join me in congratulating both Mike and Pericles on their new roles.
Sincerely,
Scott Strobel
Provost
Henry Ford II Professor of Molecular Biophysics and Biochemistry
Professor of Chemistry