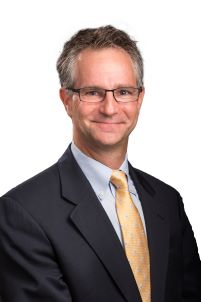 Michael Crair is Vice Provost for Research and the William Ziegler III Professor in the Departments of Neuroscience and Ophthalmology & Visual Science. As Vice Provost for Research, he has University-wide oversight over research strategy, planning, policies, infrastructure and facilities, technology transfer and engagement with public and private sponsors of research. He works to encourage and broadly support research at Yale, innovative interdisciplinary scholarship, entrepreneurship, innovation, and enable groundbreaking discoveries across all schools and departments at the university. He also serves on the Board of Directors of the E. Matilda Ziegler Foundation for the Blind, Inc. and the Dan Lewis Foundation for Brain Regeneration Research.

Dr. Crair obtained his doctoral degree in physics from the University of California, Berkeley, and did postdoctoral training in physics and neuroscience at Kyoto University and Kyoto Prefectural Medical School in Japan and in neuroscience at the University of California, San Francisco. He was a faculty member at Baylor College of Medicine in Houston, Texas, before joining Yale as a member of the Department of Neuroscience in 2007. He has directed Yale’s Vision Core Program, the Graduate Program in Neurobiology and was Deputy Chair of the Department of Neuroscience until 2017, then Deputy Dean for Scientific Affairs (Basic Science Departments) at the School of Medicine before becoming Vice Provost for Research at Yale University in 2020.

Dr. Crair’s research program develops and employs advanced imaging techniques to examine the basic mechanisms that mediate brain circuit plasticity, development and regeneration, with a focus on the mammalian visual system. He has made fundamental contributions to our understanding of neural activity in the developing brain, for instance by demonstrating that early spontaneous neuronal activity is an essential part of normal brain development. He is currently exploring the mechanisms by which this activity is generated and how it shapes brain circuit development. He has been awarded numerous honors for his research and teaching, including the Esther A. and Joseph Klingenstein Foundation Fellowship Award in the Neurosciences, the Marc Dresden Excellence in Graduate Education Award, and a NARSAD-Sidney R. Baer Jr. Foundation Young Investigator Award. He has also been named an Alfred P. Sloan Foundation Research Fellow, a John Merck Fund Scholar and the March of Dimes Foundation’s Basil O’Connor Fellow. His research is funded by the National Eye Institute, the National Institute of Mental Health and the National Institute of Neurological Disorders and Stroke of the National Institutes of Health.