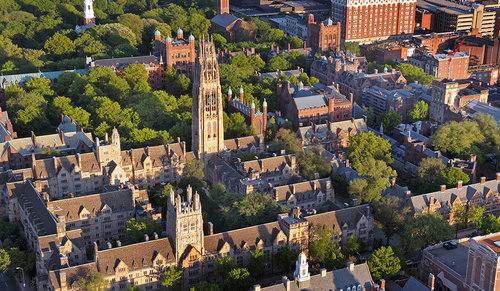 Each year at this time, we share a report on the university’s finances. This year the bottom line is, in a word, good. We closed the fiscal year ending June 30, 2019, with a surplus of $87 million on our overall operating budget of $4.2 billion. That total included a modest surplus in the central campus budget for the second year in a row. The medical school accounted for $77 million, or 89 percent of the total surplus, benefiting from strong revenues from clinical services and sponsored research. In short, the university is in sound financial shape after the long recovery of the past decade.

This secure footing positions us well, but there are some clouds on the horizon. Stock markets have been volatile since the start of the fiscal year, and the world economy is showing signs of stuttering. This instability has a direct impact on Yale’s main source of revenue, the endowment, which accounts for more than a third of our operating budget university wide and over half outside of the medical school. Our investment team has proven time and again to be the best in the world. The endowment surpassed $30 billion in total value this past year. But even with that expertise and those resources, we cannot expect Yale to come unscathed through a global slowdown. Recall that our budget planning is built around an expectation of 8.25 percent endowment returns each year. This is the rate at which we can hold spending steady while keeping pace with inflation. After two years of outsized investment results, our return for the last fiscal year was 5.7 percent. We don’t know yet whether that was a mere blip or a harbinger of modest returns to come. It does not mean that we have to take drastic actions. But it’s a reminder that we need to be prepared in case we are heading into leaner times. We are working carefully with budgetary units across campus to develop strategies to maintain stability through possible future periods of challenge. You can learn more about this work, view data for the current and past fiscal years, and access relevant reports on the provost’s budget website.

Of course, simply holding steady isn’t the goal. Yale has ambitious academic priorities, with major investments planned in the sciences, financial aid, the arts, and beyond. We are gearing up for the university’s next major capital campaign, which we expect to launch next fiscal year. But fundraising is only part of the equation. The same dedication, collaboration, and innovative thinking that brought us to firm financial ground in the last ten years will be necessary if we are to meet our goals for the decade ahead. We are grateful to all of you for contributing to this shared effort.