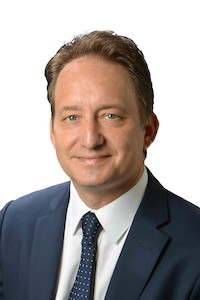 Pericles Lewis, Douglas Tracy Smith Professor of Comparative Literature and Professor of English at Yale University, serves as vice president for global strategy and vice provost for academic initiatives. He is also president of the Gruber Foundation, a charitable organization affiliated with Yale.

Pericles Lewis earned his B.A. with first-class honors in English literature from McGill University in 1990 and his Ph.D. in Comparative Literature from Stanford University in 1997. After a postdoctoral fellowship at the University of California, Berkeley, he joined the Yale faculty in 1998, with appointments in the Departments of English and Comparative Literature. From 2012 to 2017, Professor Lewis served as founding president of Yale-NUS College, a collaboration between Yale and the National University of Singapore. In the Provost’s Office, he works closely with the leadership of the MacMillan Center for International and Area Studies, the Jackson Institute for Global Affairs, the Institution for Social and Policy Studies, the Poorvu Center for Teaching and Learning, the University Registrar’s Office, and the Schwarzman Center. On behalf of the President, he also oversees the Office of International Affairs and the Office of International Students and Scholars and sits on the boards of Yale-NUS College, Yale Center Beijing, the Yale Institute for Global Health, and the Paul Mellon Centre for Studies in British Art. A former member of the advisory board of the American Comparative Literature Association, Professor Lewis is the author or editor of seven books on modern European literature; his current research addresses liberal education in the United States and worldwide. A long-time New Haven resident, he serves on the board of the United Way of Greater New Haven.